Time for another garden report.

Keeping up with the garden this year has been a challenge.

We have cantelope and watermelon. Not a lot but I am thankful for what I have. 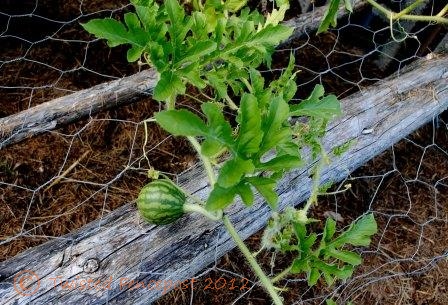 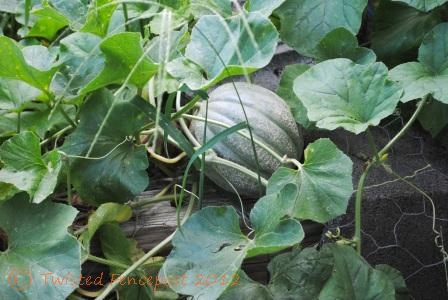 My green beans haven’t done as well as last year. 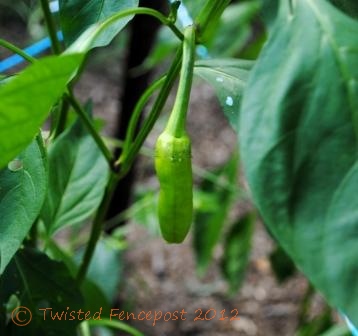 Remember the new way I was tying up my tomatoes? It has worked really well.

You just have to watch them and make sure they are staying within their stringed areas. I am just beginning to get tomatoes and I cannot let them ripen on the vine because the birds keep pecking holes in them. Grrrr…..

The tommytoes are out doing themself. I only have two plants, but boy are they producing. 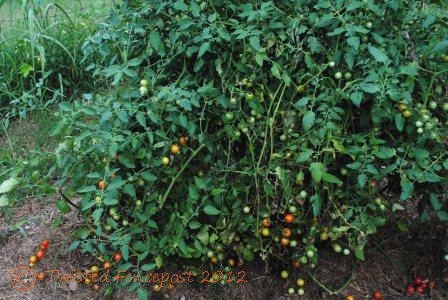 And lastly, so far the corn is doing well. It’s not very tall because we went for long periods of time with no rain and you know how much better the garden does when God sends down his vitamin fortified rain.

Now I am headed out to the corn patch to pick the corn that is ready before those crows that have been hanging around decide that I planted a corn patch just for them.

It has been a few weeks since my last garden report and there’s not a whole lot going on but there is a little to tell you about.

The last frost took it’s toll on my tomato and pepper plants, I have replanted from seed. We’ll see what becomes of them, if nothing happens quickly I’ll be buying plants at the local garden center. I’ll let you know how that turns out.

The frost bit my cucumber and green bean plants but did not kill all of them. I’ll have to replant what did not survive. 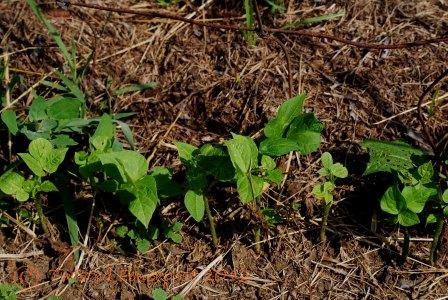 The cantelope plants are from seeds that my Dad saved back in 2004. I miss him so!

I planted cilantro from seed in hopes that I will have enough tomatoes to make and can salsa and the cilantro seems to be thriving so far.

The peach trees weren’t bitten by Mr. Frost and they are producing well.

That’s about it for now.

How is your garden growing?

Look for an UPDATE at the bottom of this post.

I haven’t posted a garden report for several weeks, mostly because I have been disheartened with the lack of rain and the fact that my garden really hasn’t produced well.

And then there’s that corn patch thing. Grrrr….

Right now in the garden the tomatoes are doing well….

I only planted two big tomato plants this year and they haven’t done well at all. We recently have had a little rain and the temps have dropped from the high 90’s that plagued us all summer to the mid to low 80’s, so they are starting to produce somewhat. But I’m afraid it may be a little too late. We’ll see and I’ll keep an eye on the temps. I’ll pick them and bring them inside to ripen before freezing weather.

The okra continues to bloom and produce….

The way it grows fascinates me. It grows from the top, I guess most things do, but this blooms and produces okra from the top. It just keeps getting taller and I have to grab the stem and pull it down to cut the okra from it.

My first planting of green beans have dried up and gone, but the second planting has gotten off to a good start. 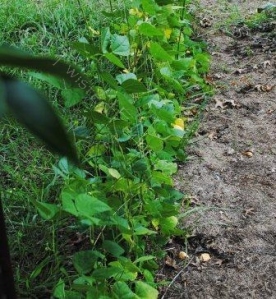 The recent rain has been just what it needed. They just keep blooming and producing green beans. Not a lot, but just enough.

Over the weekend we had some cold weather move in, I’m hoping it doesn’t slow down the green beans, but I’m thinking it will.

If there is one thing I’ll miss from the garden it will be the green beans. 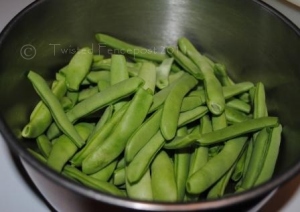 We eat a lot of them now that I have finally remembered how to cook them and they are edible.

Do you still have anything growing in your garden?

UPDATE: This morning I awoke to a light frost here in South Carolina. The first frost  is not expected until Nov. 1, so this is quite unexpected. I checked the weather forcast before bed last night and the expected temp. was 42F. Today I’ll be checking that weather forcast again and if anything less than 45F is expected, I’ll be picking those tomatoes today. Hopefully, they weren’t effected by this early frost!